View products
Named after Aviva stadium in Dublin, this collection expresses a modern and progressive range that exemplifies the essential character of this wonderful entertainment space. The foremost stadium in the Republic of Ireland that plays host to Soccer, Rugby Football, and American Football. The 53,000 seat theatre is a role model in relation to its competitors in terms of offering a truly 21st century live sports stadium experience. The only UEFA Category 4 Stadium in Ireland, it has been the scene of such incredible events as the 2011 Europa League Final. The huge sweeping shape of the stadium, marks it out from the traditional boxy and utilitarian nature of many European stadia. It has been built as much for its aesthetic presentation as well as its mission to provide a first-class experience to anyone that walks through its turnstiles. As a result, it stands like a beacon, rising out of its Dublin setting, a giant of beauty and modernity in an old and traditional city.

This light and slender set of backpacks provide the perfect day-to-day partner for young people and all those who like to remain nimble and travel light. In terms of aesthetics, they are a minimalist collection in both lightness and decor. Anything that could be considered extraneous and unnecessary has been disregarded in favor of all that is critical to a bag carrying experience. The urban colors mean that for young city dwellers who do not carry extra burdens, they can take everything they need for studying and their day ahead. Aviva backpacks are the perfect option as a durable and dependable bag for everyday use.

These days you don’t want to be taking any chances with the contents of your bag. We all carry with us electronic devices and technology that remain highly susceptible to water damage and which we need to take ultimate care with given their delicate nature. That is why with this Aviva range we have made sure that the fabric used is a high-quality water-repellent fabric so that no matter what you decide to carry with you that day you are not left with the tragedy of damaged goods should you get caught in a shower. So be safe in the knowledge that you will turn up to work with everything as tidy and presentable as when you packed it.

We at RIVACASE are hugely proud of the products we make. We are proud because we know that they are built to stand to the test of time and are not going to let you down within a few months. We do not believe in compromising on ergonomics and utility in favor of style, and, as such, we help create products that become invaluable to the types of people who like to get things done and who are more interested in substance rather than simply style. Because of this, we are happy to stamp our logo on our items, and, in this case, in a contrasting color to catch the eye of every passer-by.
+

When opening up your bag you want to be able to get as quickly as possible to the item of your choice. This is made more difficult when the inner lining of the bag is dark or matches that of the color on the exterior, something which will often be found on cheaply made or poorly constructed bags. That is why with this range we have made sure that the bags come with a contrasting interior lining so that should you be in a rush you can still get what you need to find at a moment's notice and be on your way without delay. It is these kinds of small elements that add together to make the Aviva range so special.
+ 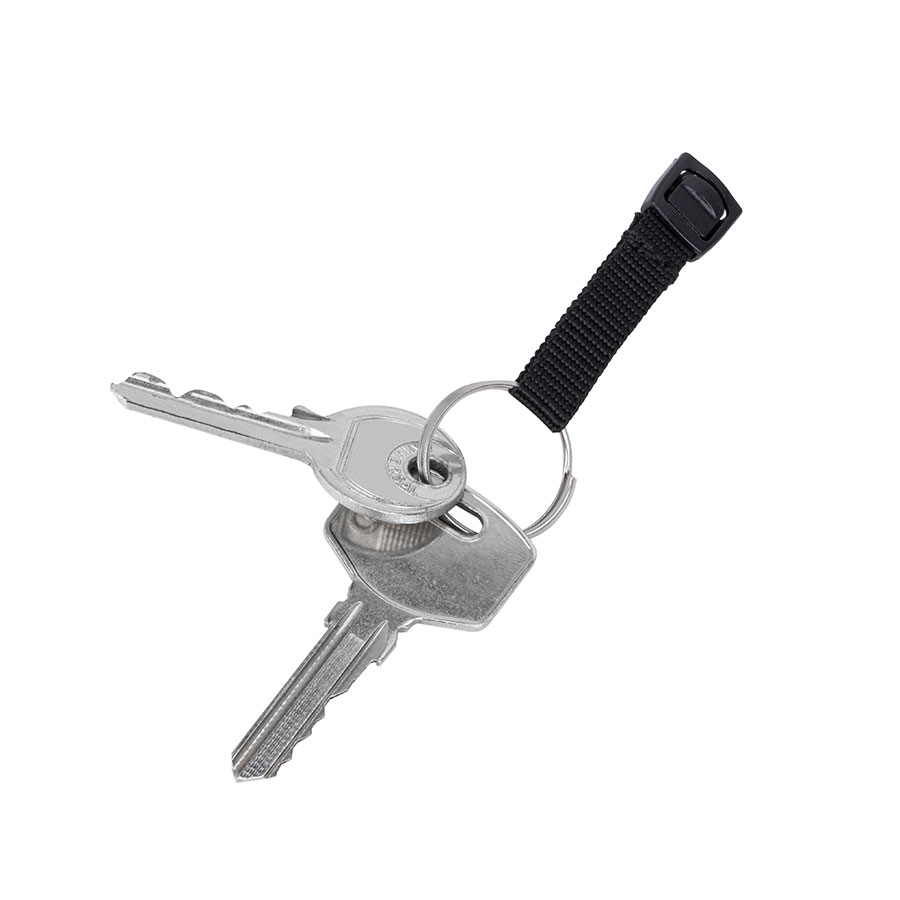 None of us want to be stuck outside our house, scrabbling around at the bottom of a bag looking for that troublesome set of house keys, usually of course to find them in a pocket all along! This Aviva range helps you avoid such events by providing you with a nifty little detachable key strap so that you can simply clip your keys away in a place where you know they will be at all times of the day. So gone will be the days of your pulling your hair out while stuck outside your car or doorstep. As with all things we seek to help you organize your day in the most time-effective way.
+ 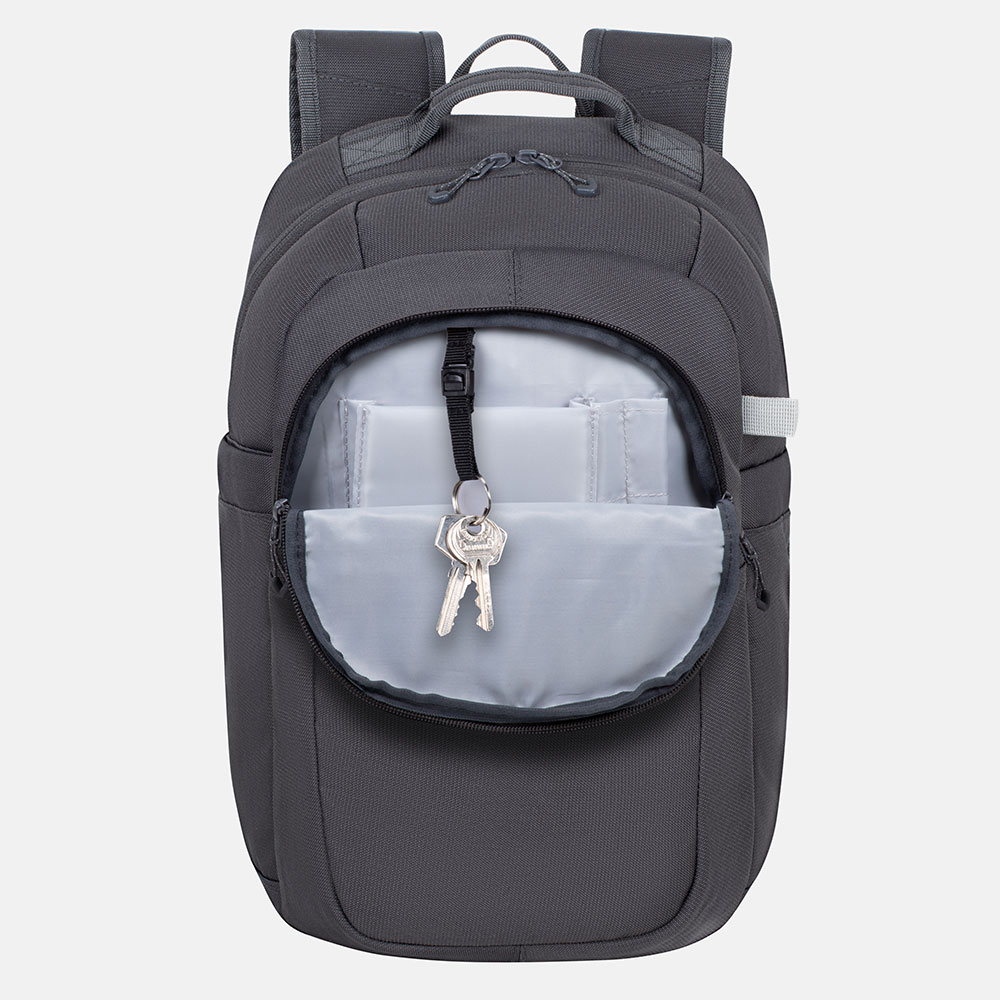 Poorly designed zippers can become a real bind when they are both too fiddly to use with ease or when they end up breaking off in your hand and rendering your bag almost useless. With this Aviva range though we have introduced specially designed zipper pulls that have been drawn from the types found on mountaineering and climbing equipment and which you can be sure you can depend on time in time out. So do not worry about them breaking off and the contents of your bag falling to the floor, but instead go about your day with the confidence of the security of your bag.

This 6l Urban backpack features many aspects for a great multi-use everyday companion. The interior is made of contrasting lining and the exterior is manufactured using high-quality water-repellent material. The main compartment is for accessories and your other items on your daily commute, while an inner compartment is provided for a 10.5” Tablet (we recommend to use a Tablet case for additional protection). Dual zipper pulls give you quick and easy access. The backpack features two side pockets and a strap management system that prevents excess strap material from dangling. 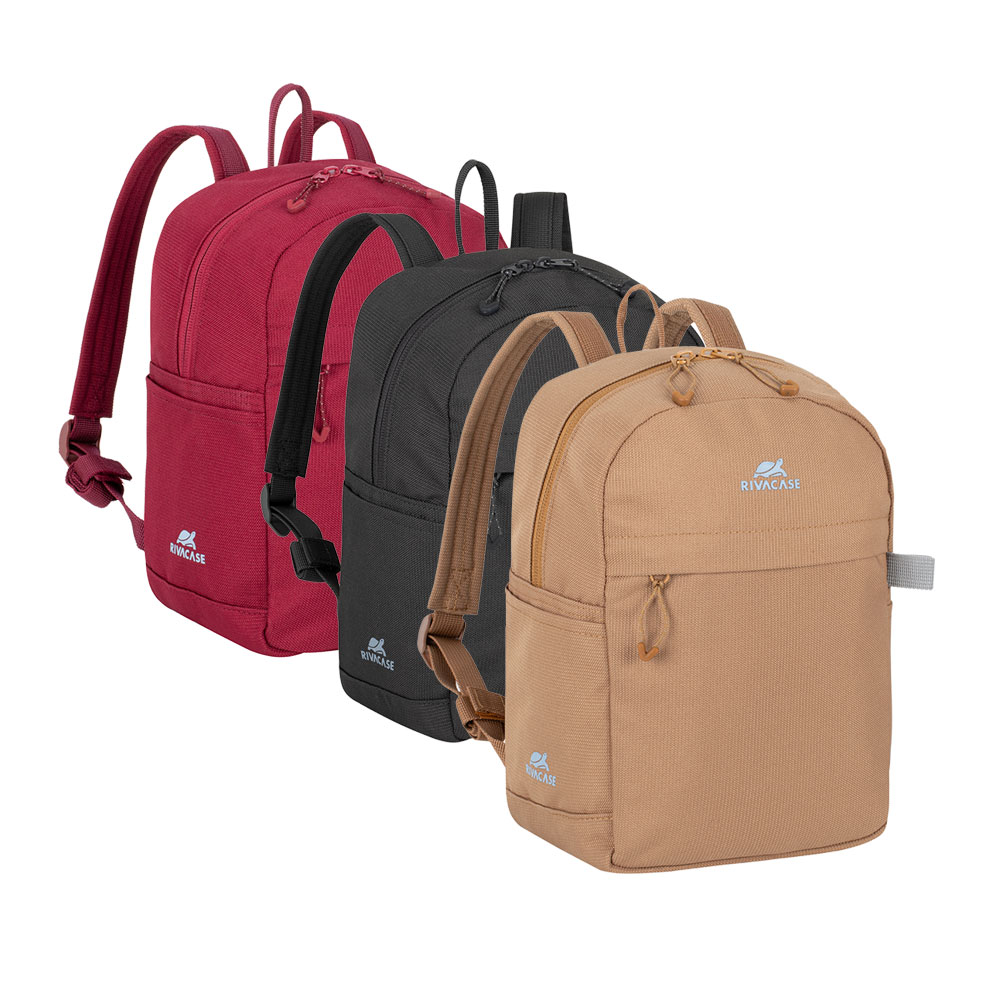 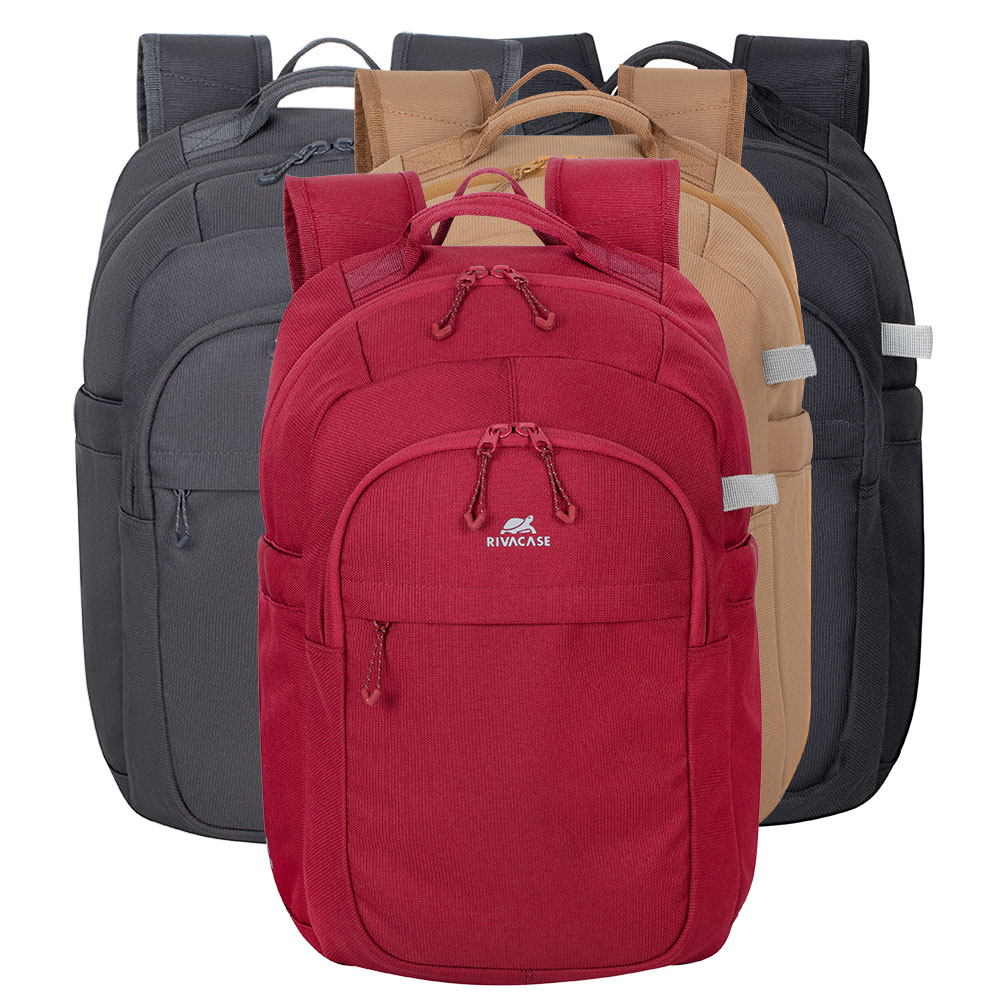 This 16L Middle-sized urban backpack will provide you with a multi-use backpack for college, travel and outdoor activities. The interior is made of the contrasting lining. The exterior is manufactured using high-quality water-repellent material. The very spacious main compartment is for clothes and your other items on your daily commute. The Inner compartment gives room for a 14” laptop (we recommend to use a laptop sleeve for additional protection). Dual zipper pulls make for quick and easy access. A front zipped pocket with an organizer panel for a smartphone, pens and accessories features a detachable key strap. The backpack has two side pockets for a bottle of water or an umbrella and a strap management system that prevents excess strap material from dangling.