View products
The Suzuka International Racing Course, more famously known as the Suzuka Circuit, is a motorsport race track located in Ino, Suzuka City, Mie Prefecture, Japan. Built in the 1950's and having a capacity today of over 150,000 spectators it is Japan's premier racing circuit. Designed by Soichiro Honda, and still under Honda ownership today, it is perhaps most famous for its almost unique 'figure-of-eight' design layout. It is one of only two FIA tracks in the world to have this structure whereby the 1.2km back straight passes over the front section by means of an overpass. It is well known as one of the most demanding and yet rewarding tracks on the global circuit, with it packing a collection of all kinds of corners over a relatively small space. Indeed, this has made it especially popular amongst the drivers themselves, and insiders of the sport who rate it for the many challenges it presents. Indeed, Lance Stroll, the Canadian Formula 1 driver has said that it is the best place to truly feel what an F1 car can do with its combination of low and high speed corders. “I’m a big fan of Suzuka,” said Stroll. ” It’s one of the best, if not the best track, on the calendar. It’s where you really get to feel a Formula 1 car come alive and each part of the lap has something special." It is a track, therefore, that is respected by those who actually practise the craft of racing themselves day-in-day-out because it demands even more precision than your average track. The Japanese too are passionate and knowledgable when it comes to racing and so help create an electric atmosphere in the stands and around the course meaning that the whole area is buzzing with enthusiasm and energy. With this range we have taken the reputation of Suzuka and incorporated it into a collection that is very much for those for whom sport isn't just something they do on the field but is something that permeates every part of their life, they're very being.

This Suzuka collection is intelligent, complex, and discreet. It is almost too much and yet not enough to simply call it 'sporty.' Here you won't find any bright logos or accessories. It is streamlined and functional. It is a range for those for whom sport has penetrated into their everyday life in the form of style and comfort. It carries all the vibe of the best sportswear but with none of the shouty add-ons that that kind of style brings with it. It contains none of the slack - the bright and flashy aspects that want 'oh so hard' to draw your attention to them. It is understated and adaptable, it is sporty, and it isn't.

These days it is essential to try and keep all of your belongings free from danger at all times. Of course, this was always the case but now that we all carry about with us highly complex electronic devices, this need has become even more acute. To help prevent any possible damage due to moisture, this Suzuka range has been created out of a highly water-resistant fabric to ensure that your items remain free from danger no matter what journey you have ahead. So you can step out of the office and get on your bike but remain calm and relaxed even when you face a bit of a shower.

Flimsy pullers and zips on bags are always something that we avoid in the construction of our bags. A bag's main purpose, its raison d'etre is to keep your items safe during your journey and it simply cannot do this with faulty pullers and zips that can lead to spillages and tears. These kinds of accidents always occur when you need them least, like running across the airport concourse or when you are late for your check-in and need to get into your bag quickly but are foiled because of some cheap puller. This bag circumvents this issue with durable plastic pullers that you can depend on day-in-day-out.
+ 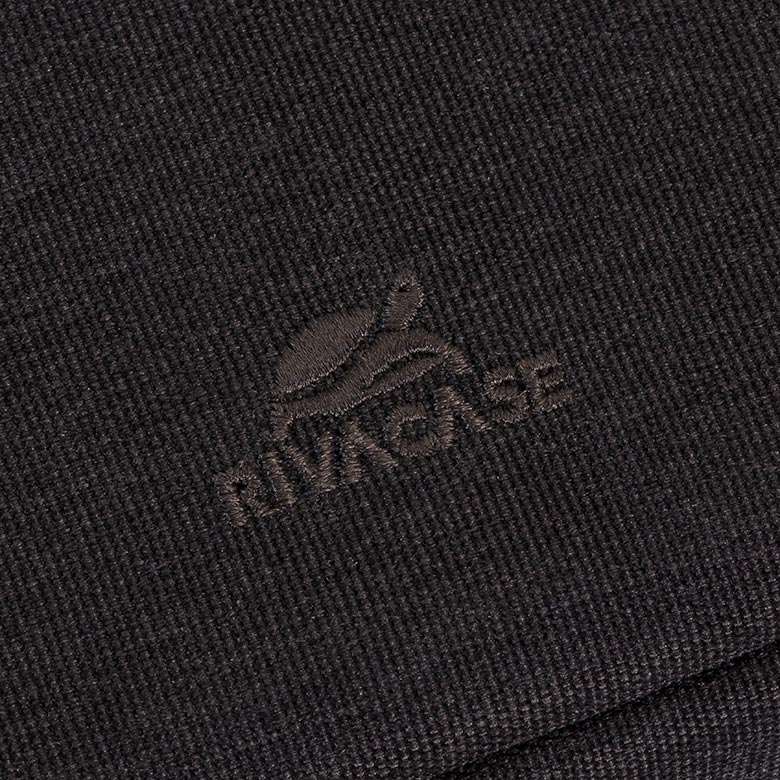 Unlike many other companies, we don't believe in shouting about our products. Often the person shouting the loudest in the room is the one you should believe the least. We believe in the things we make and their craftsmanship and so we let the results speak for themselves. For that reason, we don't add flashy shiny logos to our designs but instead, like this one, keep them understated. This beautifully embroidered example typifies the values of our company and our desire to be 'seen and not heard.

It is important to ensure that you do everything to minimize the pressure on your shoulders and back when it comes to carrying weight around. Really you should be thinking about this every time you pack your bag and try to ensure you are only taking what you need. Trying to transfer weight is an art-form and we make sure that our bags are designed to spread weight as much as possible. One further way this Suzuka bag manages to minimize the stress is through its ultra-lightweight materials and construction which has been built to ensure you are as comfortable as possible during your journey.
+ 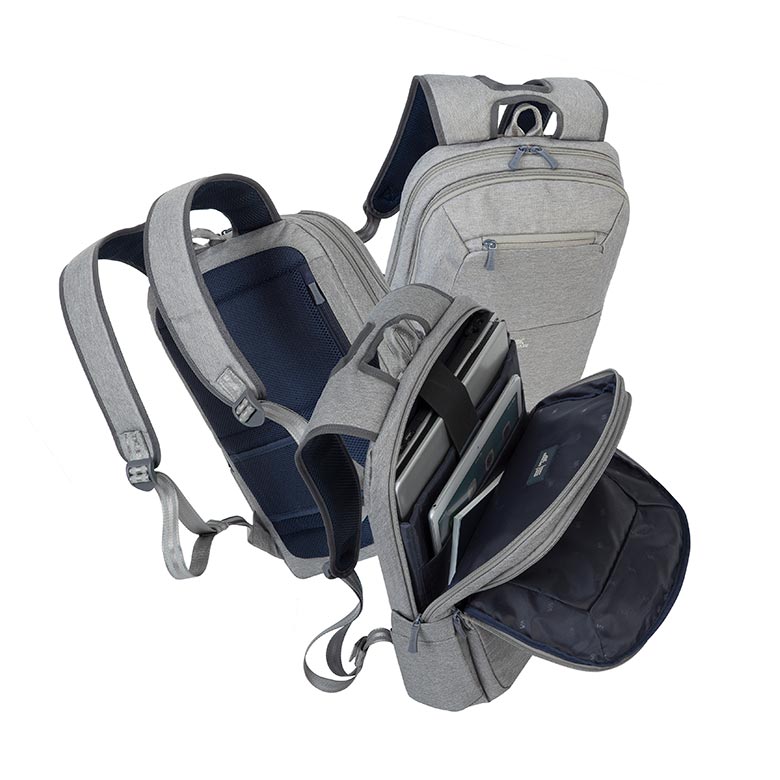 This Suzuka is the ideal choice for carrying all kinds of laptops, Ultrabooks and Tablets. Created with a colorful plush interior, every aspect of this sleeve has been designed to the highest spec, both inside and out. The sleeves are manufactured using high-quality water-resistant material so that your items are kept free from any possible moisture damage and so that you can move around your day with ease. Maximum protection for your device from accidental hits, scratches, dust and moisture is assured with this Suzuka sleeve which also offers you a double zip-fastener, providing easy access to your device. 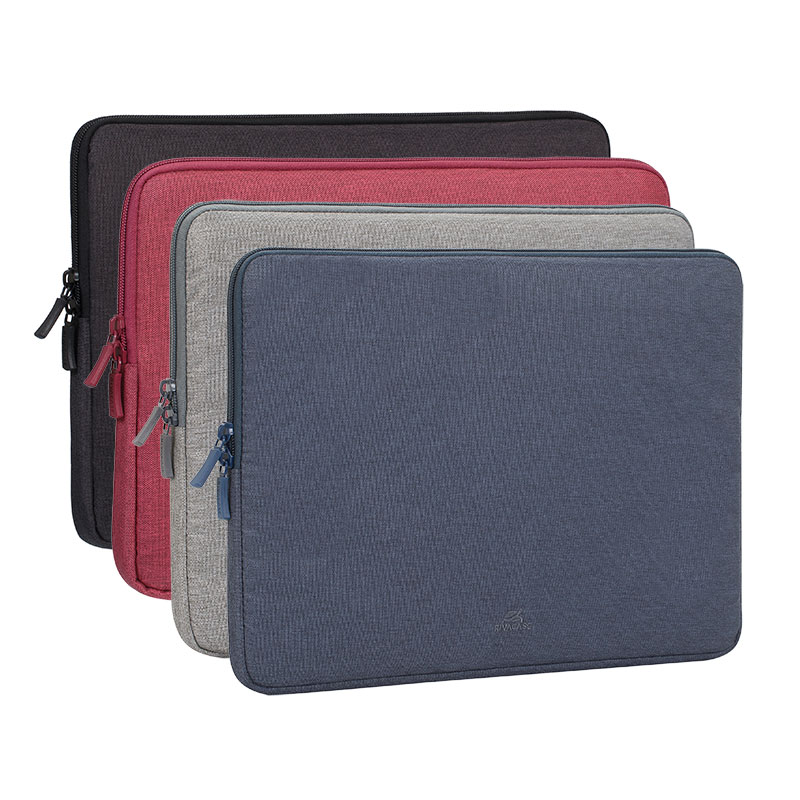 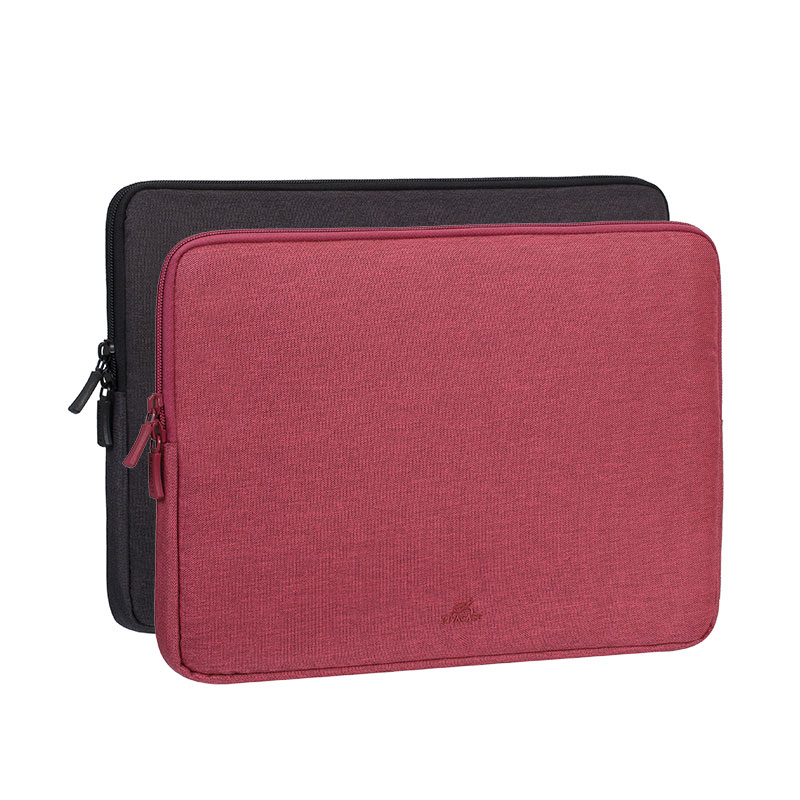 This Suzuka laptop sleeve offers you the perfect portable home for devices up to 13.3 - 14'' in dimensions. It has been created out of high-quality water-resistant material so that your electronic device is kept free from harm at all times. And not only this but it is reinforced to ensure that it provides maximum protection for your device from accidental hits, scratches, dust, as well as moisture. The colorful and plush interior will keep you item snug and secure but also can be easily accessed by a double zip-fastener providing quick access to your device.

This laptop sleeve is one of the largest in the Suzuka range and has capacity for a device up to 15.6" in dimensions. This makes it the ideal companion for most of popular Laptops, Ultrabooks, and Tablets. And because you cannot take any chances with your most precious electronic devices this sleeve provides you with maximum protection for your device from accidental hits, scratches, dust and moisture. Everything has been designed to ensure that your item is kept free from danger so that you can move around your day with maximum ease. 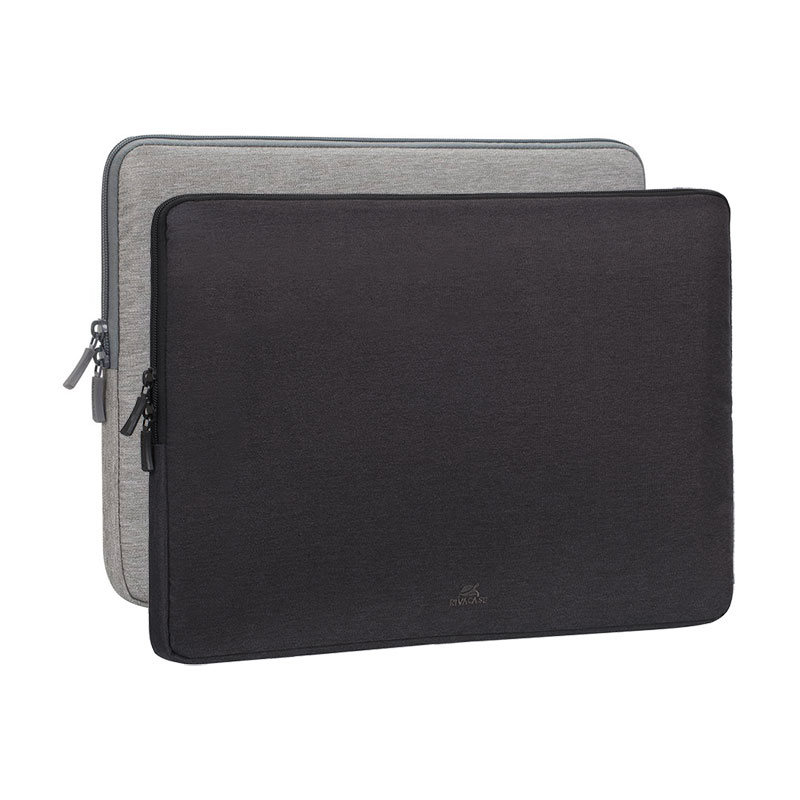 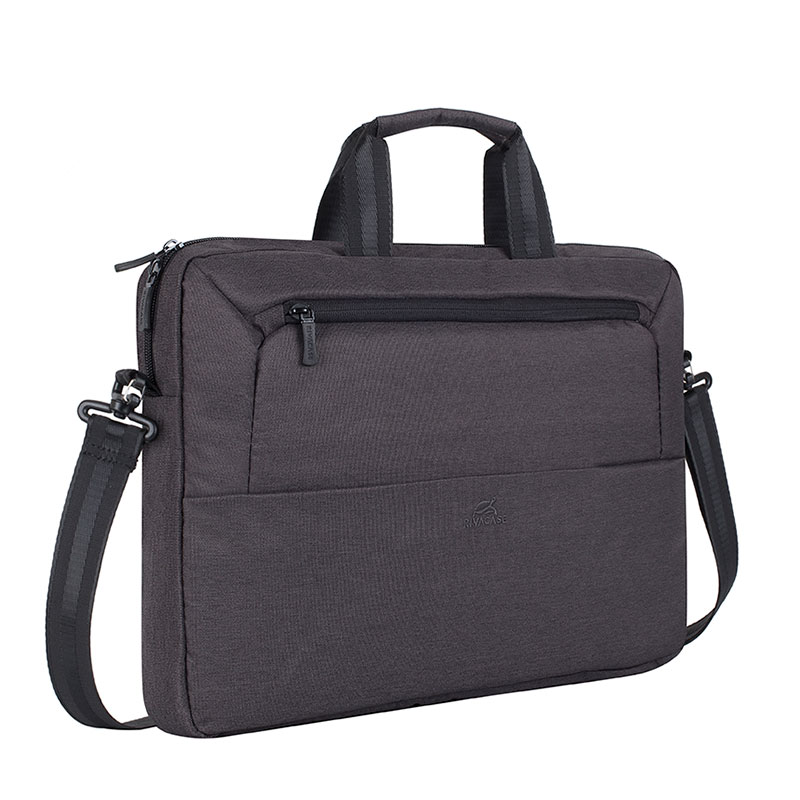 This 15.6'' laptop bag is manufactured using high-quality water-resistant material in order to maintain your most vital devices in maximum security. Two inner compartments for documents, accessories and a section for a Tablet up to 10.1'' are also provided. A front zippered pocket with an organizer panel for business cards, accessories and a smartphone will help keep you prepared in your day. Dual zipper pulls for quick and easy access will mean that you can retrieve any item at a moment's notice. The handles can be folded into outer compartments from both sides making the bag even more slim and compact and a removable adjustable strap will give you added adaptability in your journey.

This laptop backpack perfectly fits laptops up to 15.6''. Elegant and sporty, this lightweight backpack is manufactured using high-quality water-resistant polyester. The main vertical load compartment with soft sides and a strap keeps your laptop securely fixed. A front storage zippered compartment with an organizer panel for business cards, pens, USB cables and a smartphone will ensure all your items remain easy to find and retrieve. A special side-pocket for a bottle of water is included to make sure that you are always hydrated on your journey. And to provide complete security for your most important items, an anti-theft hidden zippered slot for a passport and wallet has also been built into the bag. 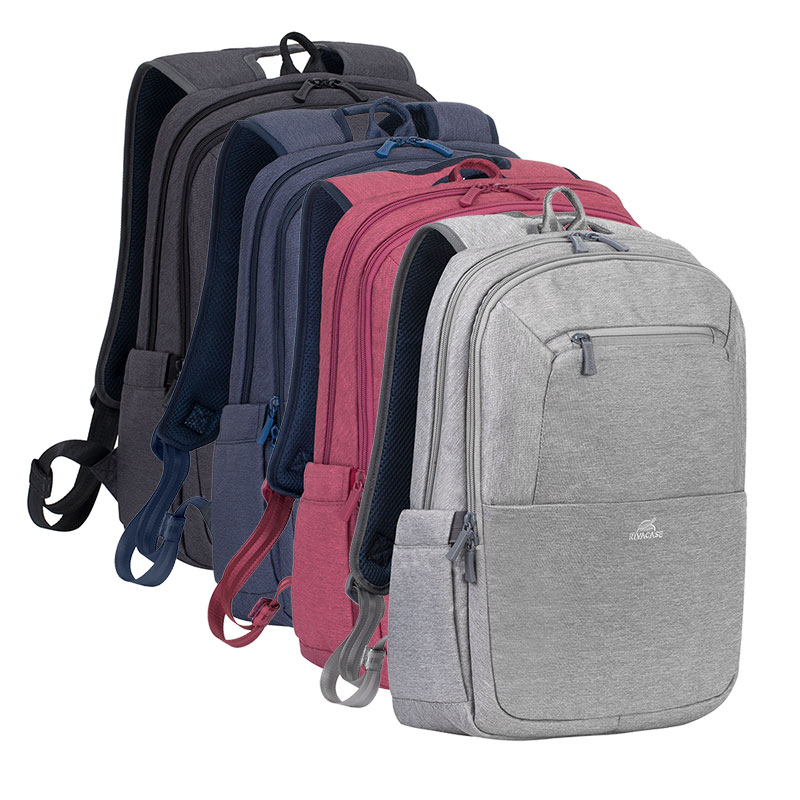 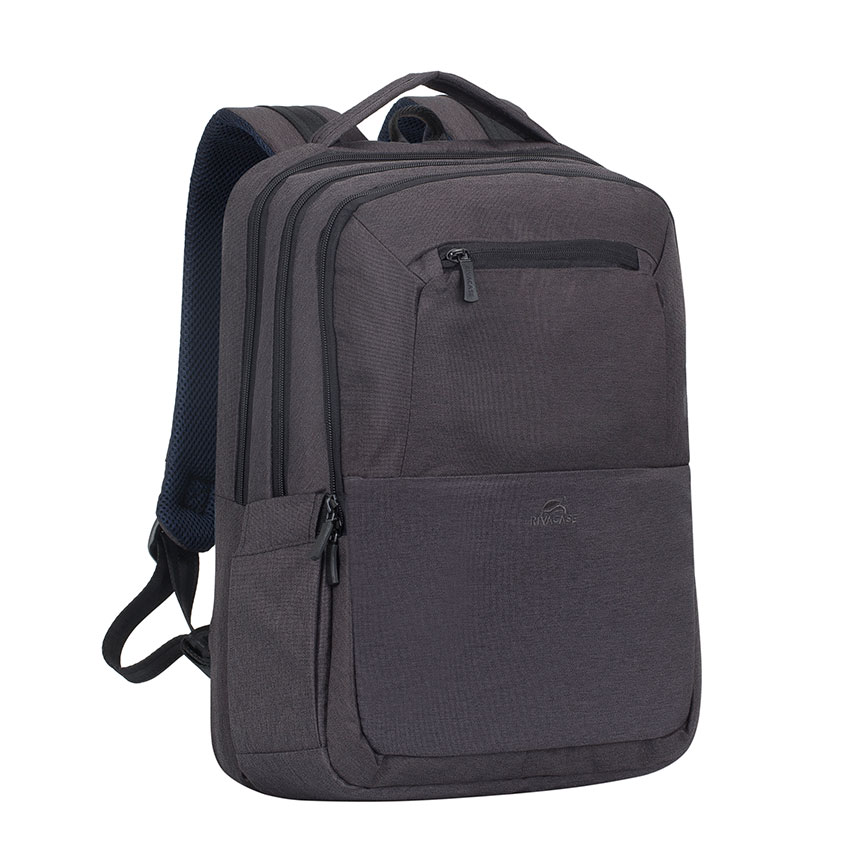 This large 16'' laptop backpack is super light-weight and provides all the necessary functions you need from a rucksack. Thickened sides provide extra protection from accidental damage, while the water-resistant material keeps the contents safe from moisture. A comfortable soft handle and shoulder straps with softened bands will make you feel comfortable on even the longest of journeys. And a trolley strap securely attaches to your rolling luggage so you can get around the airport with complete ease. In addition to this, a strap management system prevents excess strap material from dangling, keeping you compact on your journey ahead.